i'm grosskelly, an old weirdo on the internet!

i create both cute wholesome art AND things that might make some people uncomfortable, including gore, pornography, and fetishistic stuff.

everything will be appropriately labled, so if you see something you know you won't like and click on it anyway, buddy, that's a YOU problem!

absolutely nothing i create is for persons under 18! if you are a minor, SCRAM!!

i stole all the code for this wholesale from eggramen and i apologize to this person for the horrible butchery i have performed on their hard work.

all images are made by ME! DO NOT STEAL! except the GIFs, which i did steal and so you should feel free to do the same.

this website is not and never will be optimised for mobile because i don't know how and don't care to!

other webzones you should check out!

link to my webzone!!

this is gonna be a lowkey place for me to talk about myself, at least in relation to my work! i don't like pretending i enjoy currying the favor of strangers who i probably wouldn't like irl with little Relatable Life Tidbits and so i will continue to not do that. either you like my variety of weird little guys or don't! GET OFF MY LAWN!!!!

i WILL make more sites based on my many story worlds, so this will be a hub for those. eventually.

what am i working on RIGHT NOW??

04/15/2022: my aberrunt comic! since i don't ever really have the space to ramble about the genesis of this project anywhere else and don't have to worry about clogging up anyone's feed with a bunch of information they don't give a shit about, i'm gonna talk about it here!!

this year i really want to get back into making comics. it's my favorite thing to do, and due to a bunch of boring, embarassing and depressing reasons, i haven't been making them at the rate i'd like to. i'm tired of it though!! fuck it!! I'M GONNA MAKE COMICS. also some other stuff, hopefully. i'm a one man band and it's an ongoing process to figure out my production pipeline, but it's better to have too many projects to choose from than to struggle to come up with them, right!?

to take a break from my job of doing art I like to unwind with my hobby of doing art, but more difficult! if you'd like to know my opinions on particular art supplies, click HERE. 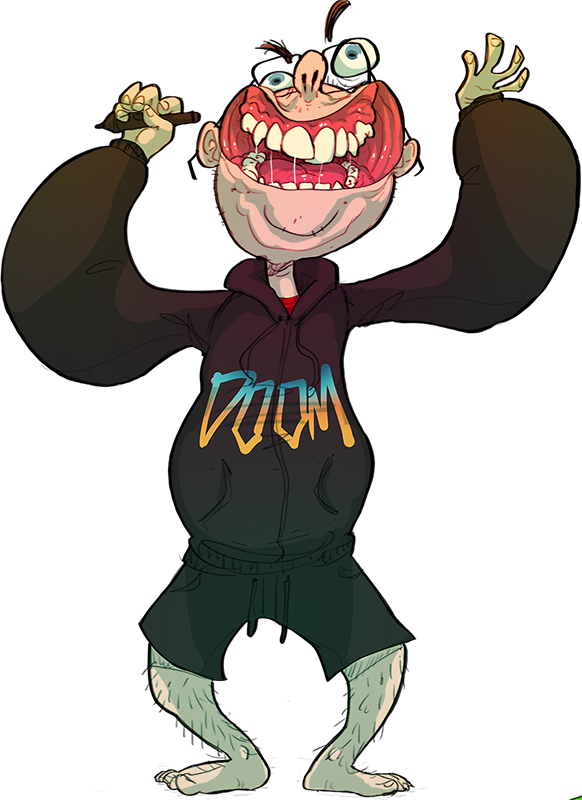